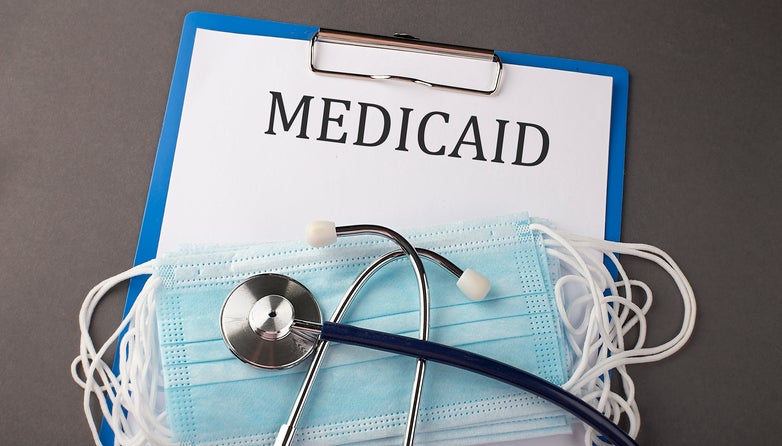 In 2021, Medicaid spent more than $700 billion dollars on health services—a sharp increase from the prior year—largely due to increased enrollment.1 As costs continue to rise, accountable care organizations (ACOs)—providers who band together specifically to reduce costs, with the savings shared between the ACO and Medicaid—are gaining traction as preferred Medicaid payment models. States can use ACO contracts to shift some (though often limited) financial risk to the ACO, as they bring the elements of care management and coordination that MCOs typically provide Medicare has been doing this through its Shared Savings Program for more than a decade and effectively saving money and improving quality. But 70 percent of Medicaid beneficiaries already have their healthcare coordinated by managed care organizations (MCOs)—which has not sufficiently contained rising costs. The Centers for Medicare & Medicaid Services has clearly stated its intent to transition the “the vast majority of Medicaid beneficiaries into accountable care relationships by 2030,”2 but states can’t meet that goal if they don’t integrate the majority of their beneficiaries, who are currently in managed care.

So, the clock is ticking. Given ACOs and MCOs have similar approaches to care management, how can these two models function together without introducing redundancies or conflict? And how can states make the shift with a minimum of friction and confusion?

A Tale of Two States

I was a co-writer on a recent piece in the American Journal of Accountable Care3 that looked at how Minnesota and Massachusetts implemented Medicaid ACO models even with a high rate of managed care coverage. Minnesota limited disruption to its pre-existing system by inserting its ACOs model into the existing state-MCO-beneficiary relationship. This made the change largely invisible to beneficiaries, but caused tension with MCOs because the state took over the administrative and implementation decision-making process. Massachusetts, on the other hand, mostly set up exclusive provider-payer relationships between MCOs and ACOs. This gave the MCOs more autonomy and transparency, but beneficiaries needed to navigate limited provider networks.

Three Take-Aways for Other States

The tide is going to turn, but the good news is your state can prepare for success; Minnesota reported more than $65 million dollars in savings in its program’s first few years.4 The following are some tips to help the transition.

1. Understand the MCO-enrollee relationship prior to implementing your ACO approach. Massachusetts’ Medicaid MCOs already had limited networks, which allowed them to tie MCOs to specific ACOs without disrupting the beneficiary experience; states with similar set ups might consider creating similar linkages. In Minnesota, where most MCOs had statewide networks, a limited network approach would have made for a difficult transition for MCOs, providers, and beneficiaries, but it’s also clear that expectations and relationships will need to be managed by states that wish to follow that model.

2. Anticipate your ACO approach when you renew your MCO contracts. Given the majority of beneficiaries will be in managed care, MCO participation is necessary for the transition to an ACO model—otherwise the participating ACO population will be too small to successfully meet Medicaid’s savings goals. Both Minnesota and Massachusetts specified the need for participation in their new ACO models as part of their regular Medicaid MCO contract renewal process. Massachusetts initially sought voluntary participation from its MCOs—and had no takers; once they made it a requirement of continued Medicaid funding, all the MCOs participated.

3. Start planning—and budgeting—to set up providers up for success in an ACO model. Both states provided significant data and infrastructure support to their Medicaid providers. That support included developing analytic capacity, providing beneficiary claims data, connecting providers to the state health information exchange, and supporting infrastructure development. For example, Minnesota provided ACOs with patient data from across Medicaid payers and then offered the ACOs grants to help them analyze that data. Both helped providers better communicate with community partners to help address the specific behavioral health and long-term support needs specific to the Medicaid populations. States should start considering their systemic (and then budgetary) needs to ensure ACOs, MCOs, and, most importantly, make sure beneficiaries have a seamless transition to the new model.

Five Things To Know About the May 11 End of the COVID-19 National Emergency The Biden Administration is lifting the national COVID-19 emergency on May 11. It's a good move, but here are six things you need to know about it.
Abt To Help AHRQ Promote Primary Care Research Investments, Findings Abt Associates has signed an almost-$1.5 million contract to amplify AHRQ's National Center for Excellence in Primary Care Research (NCEPCR) research findings. ...
Corporate - February 2023 New Global Malaria Project, Homelessness Study Results, Apprenticeship Initiative, and more!
Equitable Access to Family and Medical Leave in the U.S.: How Are We Doing and How Can We Do Better? Abt's webinar will draw on findings from our 2019 national surveys to share evidence on the economic impact of leaves and access for disadvantaged workers.
Focus Areas
Health
Health Policy & Systems
Capabilities
Research, Monitoring & Evaluation
Research & Analysis
Regions
North America
Jump Forward
Work With Us
Ready to change people's lives? We want to hear from you.
We do more than solve the challenges our clients have today. We collaborate to solve the challenges of tomorrow.
Link