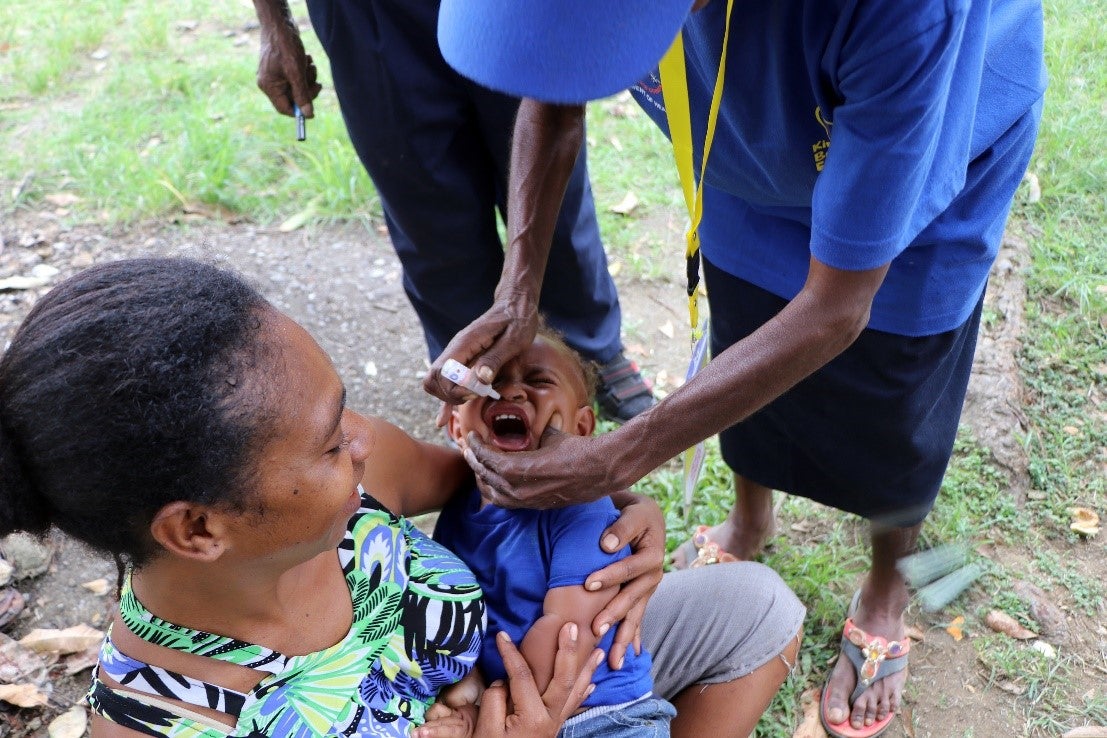 In 2000, there was cause for rejoicing in Papua New Guinea (PNG). Polio was gone.

But in August 2018, the crippling and potentially deadly disease made an unexpected comeback. The National Department of Health reported two cases in Morobe province—and swung into action with a plan for immediate immunization of all children up to 15.

In Kodoka, Mt. Koiari and Sogeri—within the central province of PNG—the task fell to the Kokoda Initiative Partnership, an Australian government initiative implemented by Abt Associates. In collaboration with the PNG government and the Seventh Day Adventist Church, the partnership worked with government health patrols to administer 9,000 vaccinations in 76 villages in October 2018.

The logistics were daunting. Many remote communities had no roads. So the partnership needed to airlift refrigerated vaccines to the region. But the partnership managed to achieve 100% coverage rapidly—the Department of Health’s goal. Abt’s leadership and quick work helped avert what could have been a health calamity.