Once programs intended to prevent teen pregnancy are said to work, do they continue to work and have an impact when replicated elsewhere? 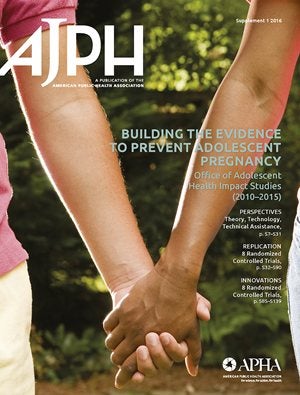 New findings from Abt Associates on the impact of replications of four evidence-based program models funded under the Teen Pregnancy Prevention (TPP) Program provide important insights for policy makers and program planners. Findings include programs that show an effect on sexual risk behaviors and those that do not.

Results are featured in the American Journal of Public Health which published four research replication articles by Abt staff and colleagues in a special edition of the journal in September, Building the Evidence to Prevent Adolescent Pregnancy: Office of Adolescent Health Impact Studies (2010-2015).

“These replication evaluations provide important information for field workers, program administrators, and policymakers who need to know whether a program model is living up to the claims made for it, and whether the impacts, if any, persist beyond the end of the intervention,” said Meredith Kelsey, principal associate at Abt and co-author of several of the published articles.

The first three articles present short-term findings from three linked evaluations that make up the TPP Replication Study conducted by Abt for the Office of the Assistant Secretary for Planning and Evaluation (ASPE) and the Office of Adolescent Health (OAH). Both offices are part of the U.S. Department of Health and Human Services (HHS).

The fourth article synthesizes findings from an evaluation of the Teen Outreach Program (TOP), conducted by Abt for the Human Services and Public Health Department of Hennepin County, Minn., and findings from four other independent evaluations of the same intervention.

The TPP Replication Study took place over five years and involved nine grantees awarded TPP grants. Abt evaluated three evidence-based models, each replicated by three grantees, to determine the effectiveness of a:

Abt’s TOP study for Hennepin County study took place over the same period, and studied the effectiveness of a widely-used youth development and service learning program, delivered in schools, in reducing sexual risk behaviors among youth.

In these studies, researchers determined:

Focus Areas
Education, Youth & Families
Teen Pregnancy Prevention
Health
Health Policy & Systems
Capabilities
Research, Monitoring & Evaluation
Regions
North America
Jump Forward
Work With Us
Ready to change people's lives? We want to hear from you.
We do more than solve the challenges our clients have today. We collaborate to solve the challenges of tomorrow.
Link