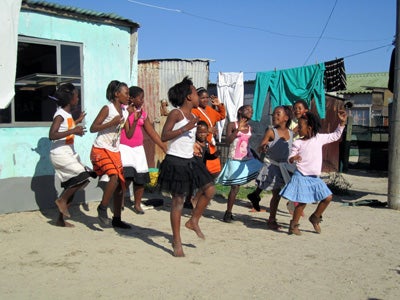 The township of Khayelitsha, South Africa.
Photo credit: Cristi O’Connor/Photoshare South Africa continues to tackle its substantial HIV and tuberculosis (TB) burdens by rapidly scaling up its response to both diseases. This was made possible by the government dramatically increasing its financing for these efforts in the last decade.

Rapid expansion of these responses requires credible resource needs estimates to inform budget allocations. In the spring of 2015, South African officials and experts, in partnership with UNAIDS, finalized the detailed HIV and TB Investment Case that laid out the resource requirements for achieving the country’s coverage goals. Next came the complex task of translating the Investment Case’s findings into recommended budget allocations in South Africa’s Medium Term Expenditure Framework (MTEF), wherein the GoSA determines its budget plans for the next three financial years.

Through intensive engagement from July to September 2015, the USAID/PEPFAR-funded Health Finance and Governance Project (HFG) – led by Abt Associates – supported the South African government’s National Treasury (NT) in its analysis of HIV and TB budget bids.

Read more about this work on the HFG web site.
Focus Areas
Health Policy & Systems
Infectious Diseases & Global Health Security
Health
Capabilities
Technical Assistance & Implementation
Regions
Sub-Saharan Africa
Jump Forward
Work With Us
Ready to change people's lives? We want to hear from you.
We do more than solve the challenges our clients have today. We collaborate to solve the challenges of tomorrow.
Link