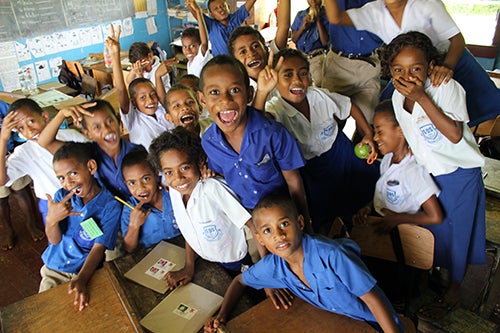 Abt Executive Vice President Jay L. Knott announced the winners during Abt’s annual Project Leaders conference on May 18 in Dubai, UAE. The top three photos were selected from 10 finalists, which where narrowed from an original pool of nearly 70 entries.

The winning image – as determined by Abt staff votes and likes on Instagram – was taken by Roneel Lal, Communications Coordinator for the Fiji Health Sector Support Program (FHSSP), managed by Abt JTA. The image shows students in Seaqaqa primary school, Macuata Province, Fiji, one of the schools benefiting from FHSSP support to the Fiji health sector to improve primary health care at decentralized levels. The project is focused on outcomes in maternal and child health.

Lal also took the third place photo, which featured a kids-eye view of students from the same school, which does not have electric and or running water, but a water tank instead.

“The energy and smiles of these children just shows that they can overcome these obstacles in the pursuit of education,” Lal said. “It didn’t take much to get them to gather in front of the camera.” 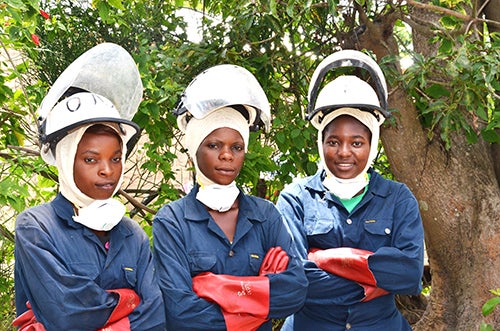 “I wanted the women to show their confidence as spray operators, a position traditionally reserved for men,” McCarty said. “It took a few shots, but they were able to look commanding without being intimidating.”

“The most difficult aspect was the heat,” McCarty said. “These uniforms, known as personal protective equipment, are really hot. The temperatures were high and the women had been in the coveralls for hours.”