More than 250 people representing government, donors, the private sector, traditional and religious leaders, the media, and general public participated in a knowledge fair organized on June 25 by The Partnership for Transforming the Health System II (PATHS2), a project in Nigeria led by Abt Associates and funded by UKaid from the Department for International Development (DfID). 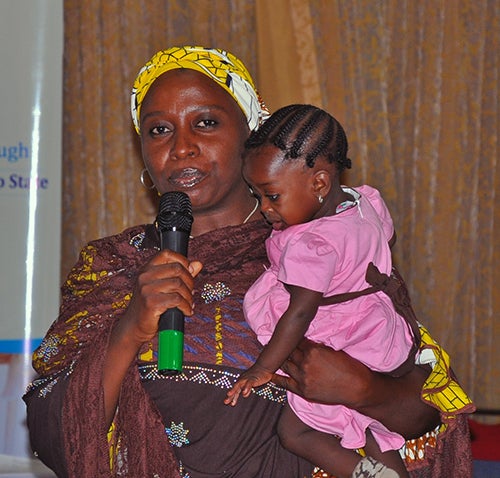 The Knowledge Fair – held in Abuja, Nigeria – explored 12 sub-themes delivered by state delegates from these three states. The state delegates shared their experiences, achievements, and lessons through 12 booths at the fair.

Delivering Results in the Health System

Federal representatives and others praised the fair as well as PATHS2’s work to improve the resources committed to the Nigerian health system.

Ben Mellor, DfID’s Head of Mission, emphasized the need for the dissemination event. “The reason we are here is for the many voiceless Nigerians whom we have given voice to," he said. Mellor also highlighted the rationale for DfID’s investments in Nigeria’s health systems, including key lessons learned over the years.

Dr. Ngozi Azodoh, Director, Health Planning, Research, and Statistics, speaking on behalf of the Federal Ministry of Health, said, “PATHS2 is the first agency that truly focused on health systems strengthening and has been an important partner in our quest to improve the performance of the health system to deliver results as contained in the National Strategic Health Development Plan.” 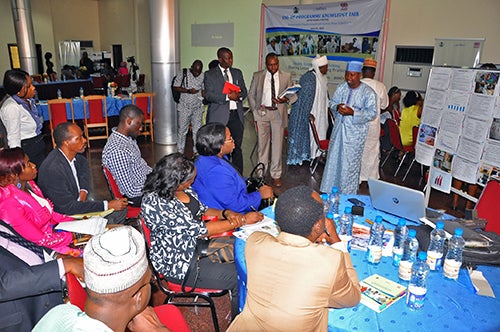 More than 160 people attended a Knowledge Fair organized in Abuja, Nigeria on June 25 organized by The Partnership for Transforming the Health System II (PATHS2), a project in Nigeria led by Abt Associates.
Photo credit: PATHS2 The World Bank’s Dr. Tolu Odutolu, on behalf of development partners, commended PATHS2’s contribution in transforming and strengthening the health systems in the three states. For example, Jigawa state’s health budget increased from 9 percent of its total budget in 2009 to 14 percent in 2012, he said.

Hajia Hauwa Ibrahim from Kaduna, who regularly visits the Anguwar Sanusi Hospital, described the tremendous improvements in infrastructure, equipment, drugs supply, and quality of care that has continued to improve hospital patronage by women in the area.

At the end of the fair, participants discussed lessons learned, implications for the future and prospects for the health system, especially in contributing to setting agenda for the new government in Nigeria. PATHS2 presented awards to representatives of the three states for their partnership and commitment to improving their respective health systems.

PATHS2 is exploring opportunities for supporting online communities of practice to share program experiences and lessons.