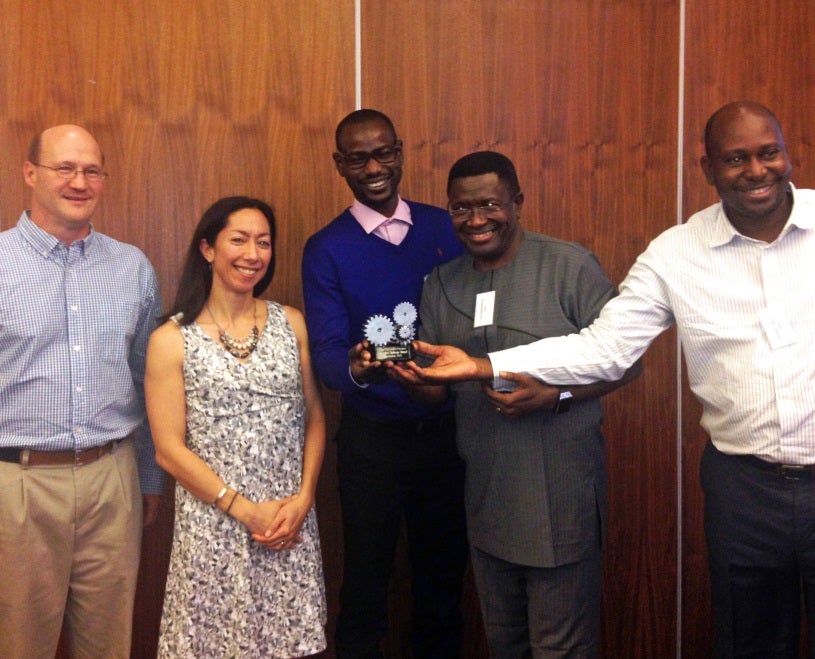 AIRS Mali won the challenge for its new insecticide inventory system. AIRS Mali designed an Access-based database system, known as the e-inventory, to provide a daily balance of all insecticides located in all secondary stores and two central warehouses. Seven countries entered 15 innovations into the contest.

In Mali, the Project relies on small secondary stores during the indoor residual spray campaign. These stores are not large enough to house the amount of insecticide needed to cover the entire spray campaign in a given geographical area. In addition, the risk of accidents with insecticide is high when transporting large quantities long distances or on roads difficult to navigate due to heavy rains.

The prize came with an additional $50,000 in funds to enhance the country program’s work. The PMI contest invited PMI AIRS country programs to submit new technologies, implementation strategies, and partnerships that addressed challenges and/or presented improvements to implementing the PMI AIRS Project.