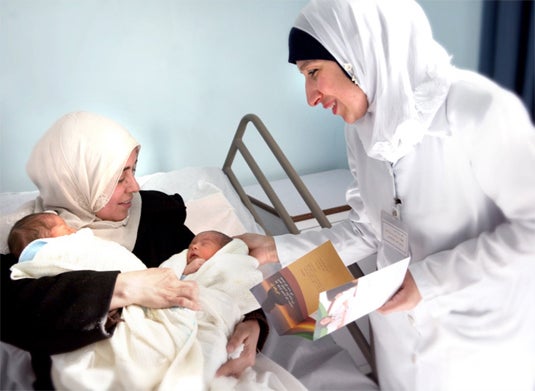 In addition to the photo contest announcement, two awards were presented to Abt staff for project innovation and impact.

Abt’s Chief Communications Officer, Mary Maguire announced the winners during Abt’s annual Chiefs of Party conference on June 11 in Bethesda, Md. Abt gathers all of its international project leaders at this week-long conference to conduct training and workshops and promote idea-sharing.

Maguire also presented Abt’s 2015 Innovation Award to Olalekan Obademi for his technical oversight with implementation of GxAlert software in Nigeria. The software improves tuberculosis (TB) test reporting time and information delivery by allowing immediate online posting and sharing of TB test results from GeneXpert testing machines. Obademi oversees the Health Finance and Governance (HFG) Project in Nigeria, which is led by Abt and funded by USAID.

The yearly photo contest highlights the impact and technical excellence of Abt-led programs in more than 60 countries where Abt is improving the quality of lives for millions of people through innovative studies and evidence-based programming.

This year’s contest received more than 70 photo entries, of which 12 finalists were selected based on their depiction of Abt’s impact, emotional power, and the images’ technical merits.

Abt posted the finalists on our Instagram page. All of Abt’s global staff had the opportunity to vote by liking their favorite picture on Instagram or by emailing their votes. The three winners received the most Instagram likes and email votes.