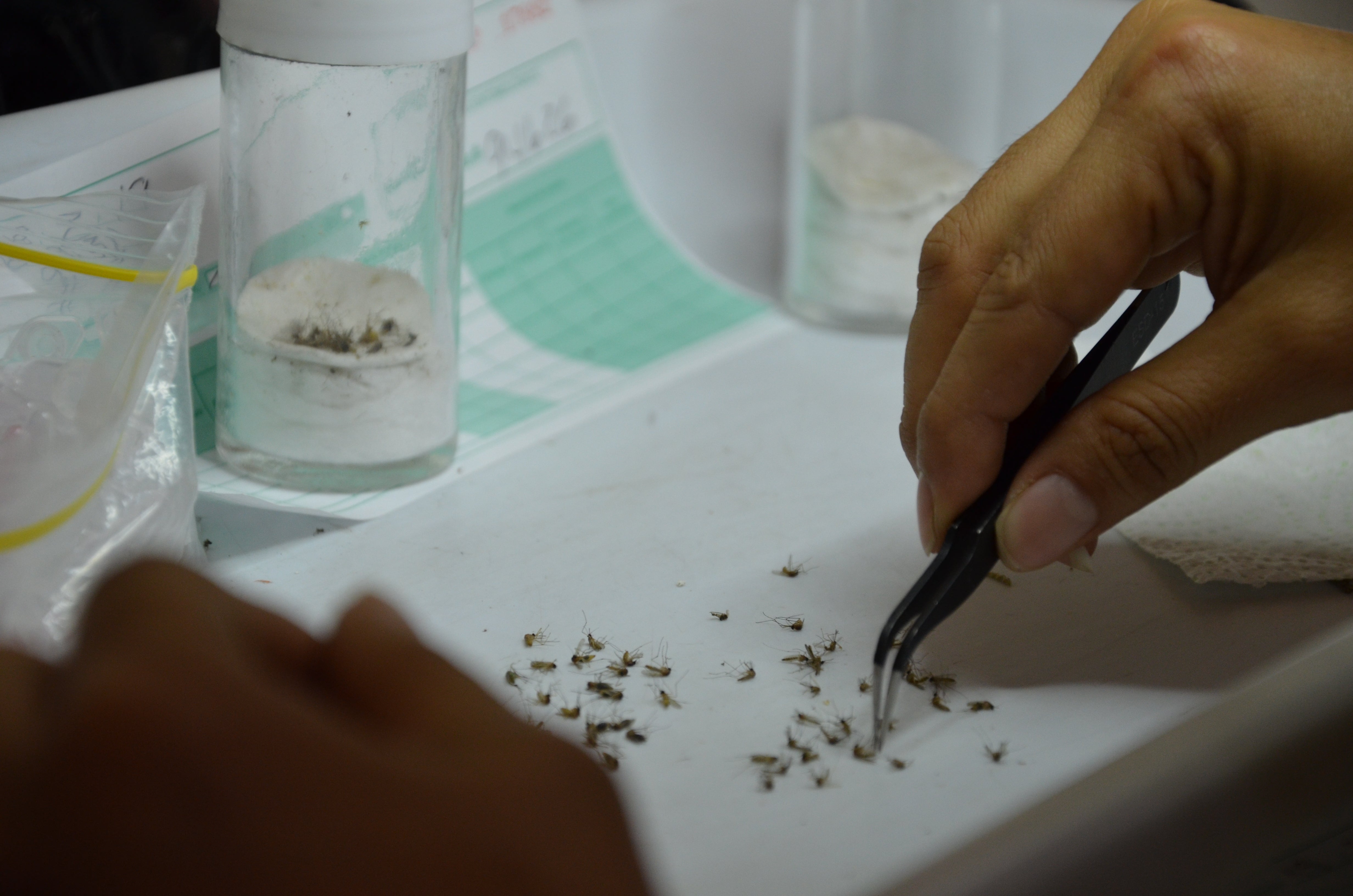 It wasn’t long ago that Jeraldy Ramirez Herrera didn’t know much about biology, much less mosquito-borne diseases. In fact, 21-year-old Ramirez said that before working for Abt Associates’ Zika AIRS Project (ZAP), she knew nothing about mosquitoes.

Now as an entomological lab technician for ZAP in Guatemala’s Zacapa Department, Ramirez regularly dissects female Aedes aegypti mosquitoes to determine the approximate the age of the mosquito. Knowing the age enables entomologists to evaluate the efficacy of mosquito control interventions, such as larviciding, which targets mosquito larvae in breeding sites before they can mature into adult biting mosquitoes. When they bite, the Aedes species is dangerous. It can transmit the Zika virus, dengue and chikungunya.

Funded by the United States Agency for International Development, Abt launched ZAP in 2017 in response to the Zika epidemic that was spreading across Latin America and the Caribbean and causing severe illness and birth defects. ZAP helps countries in the region prevent, detect, and respond to mosquito-borne diseases. The program has provided the equipment, knowledge and resources needed to study mosquito behavior, density, and lifespan so that country governments can make evidence-based decisions on how to fight the disease. ZAP also supports government efforts to strengthen insecticide resistance management policies and establish comprehensive data on the Aedes species.

Entomologists and lab technicians such as Ramirez are critical to the success of programs such as ZAP. It trains these specialists in mosquito control techniques, including how to collect, preserve, and manage mosquito colonies; insecticide resistance monitoring using Centers for Disease Control and Prevention and World Health Organization protocols; insectary management best practices, analysis and interpretation of entomological data; and dissecting methods.

Ramirez and her colleagues make sure that countries conduct the necessary research and apply it to crucial decision-making in the deployment of mosquito control interventions. They find helping to protect their countrymen rewarding. “Working with my team and coming to the lab in the morning makes me so happy,” said Ramirez. “I always give my best. Now I feel more capable and confident to apply for a job after the project ends.”

The benefits go beyond job skills for Ramirez. The income she earns enables her to buy food for her family, and she is saving money so she can go back to school. “I even bought a motorcycle, “she says. “Before I had to take a tuk tuk to work. I live far away so it took a long time and cost money. Thanks to ZAP, I don’t stress anymore about my life.”

Focus Areas
Health
Infectious Diseases & Global Health Security
Capabilities
Research, Monitoring & Evaluation
Technical Assistance & Implementation
Technical Assistance
Implementation
Regions
Latin America & the Caribbean
Jump Forward
Work With Us
Ready to change people's lives? We want to hear from you.
We do more than solve the challenges our clients have today. We collaborate to solve the challenges of tomorrow.
Link