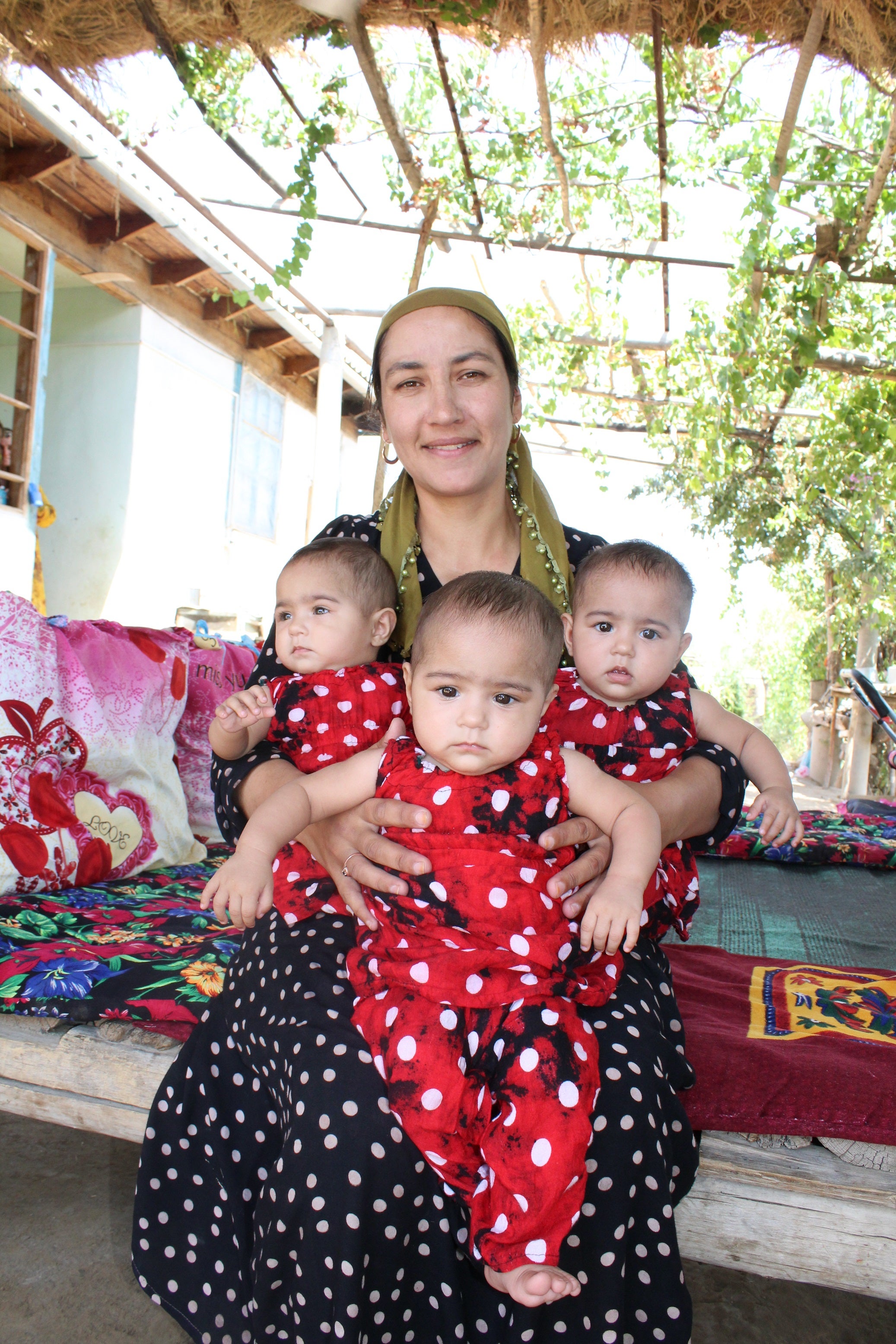 Parvina Usmonova never planned to have five children. The 32-year-old gave birth to her first daughter at the regional maternity center in Balkhi, her home district in southwestern Tajikistan.  However, the poor quality of the services led her to have her second daughter at home.

In 2017, pregnant once again, Parvina was shocked to learn she was pregnant with triplets. “I didn’t know what to do,” she said. “I was sure that our district doctors were not capable of this kind of delivery, and my family’s financial situation is difficult. We live far from any maternity hospital and we can’t afford to travel for health services.”

Parvina’s mother-in-law was equally worried. “Triplets can come earlier or be smaller than other babies. Our entire family was concerned about Parvina’s and the babies’ health.”

The family’s concerns were justified. Until 2016, hospital maternity wards in southwestern Tajikistan did not have the capacity to provide care for premature or low birth weight babies. Approximately 14 percent of these children, including triplets born in 2015, died within their first six days. 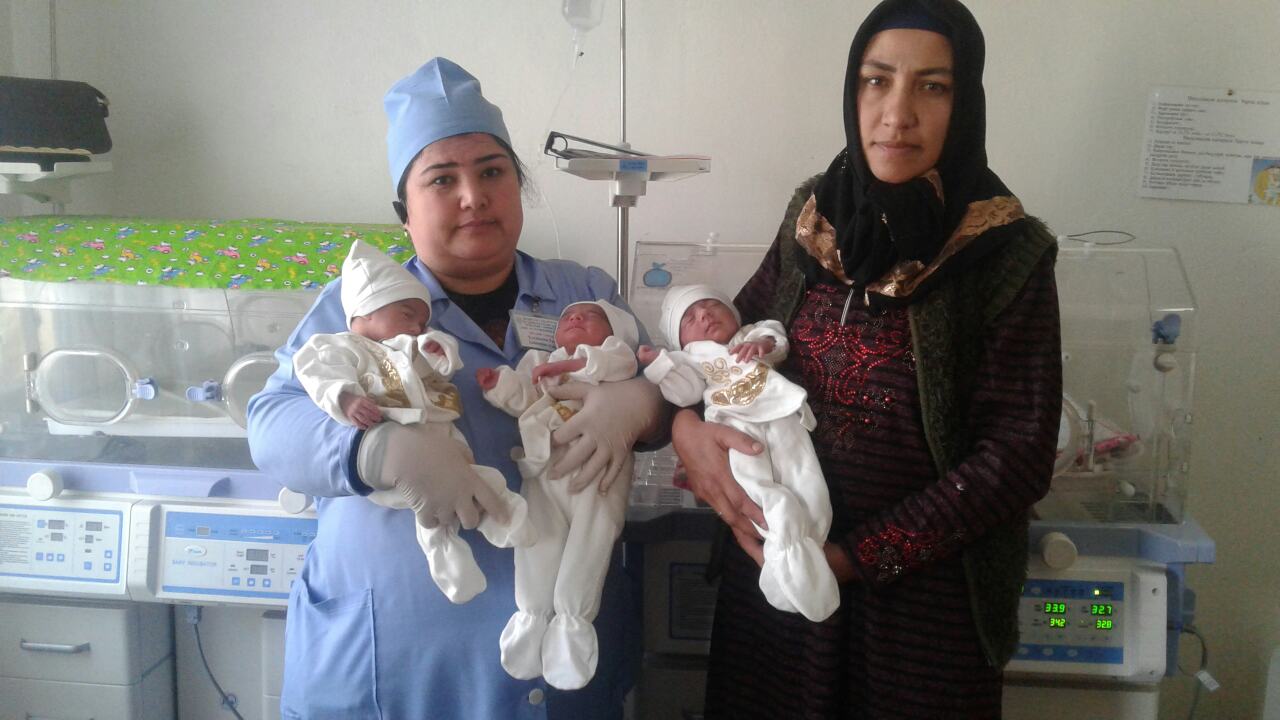 In 2017, as part of the Feed the Future Tajikistan Health and Nutrition Activity supported by USAID, Abt Associates dramatically improved the quality of care in maternity wards throughout the project’s 12 target districts, including the central hospital in Balkhi. We provided specialized equipment, such as modern incubators, and extensive training for 3,000 health care providers on good antenatal care practices.  Additionally, we provided obstetrician-gynecologists, midwives, neonatologists and neonatal nurses with more advanced training to: 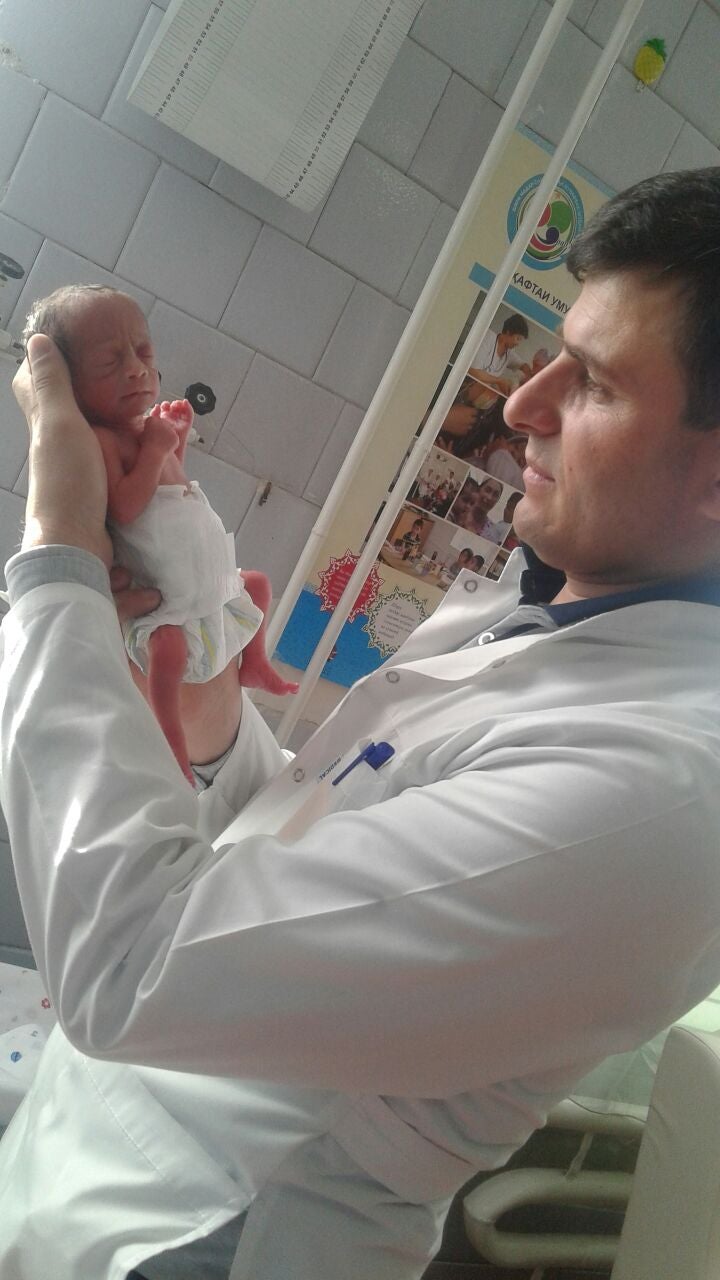 We also provided counseling to new mothers on breastfeeding, and trained parents to care for their newborns. As a result of these changes, the quality of perinatal and emergency obstetric care in hospitals in all target districts has improved by 30 percent, as demonstrated by facility scorecards.

Parvina was hospitalized a month before her delivery. In December 2017, she gave birth to three premature baby girls: Khadija, Fotima and Oisha. Each baby weighed under 5 pounds. During the birth and the first seconds of the newborns’ lives, qualified staff were ready to provide necessary assistance and care. The girls spent 18 days in incubators provided by the project while health care providers taught Parvina the principles of exclusive breastfeeding for the babies’ first six months. Twenty-one days after Parvina gave birth, she and her healthy, growing daughters were discharged from the hospital.

“With the new knowledge and equipment we received from the project, we were able to provide quality care to newborn triplets for the first time in the history of our hospital,” says neonatologist Haknazar Qalandarov.

According to the chief neonatologist of Balkhi district, the mortality rate for premature infants has decreased by 32 percent.

Parvina and her triplets are famous not only in their village but throughout the district. As the first surviving triplets in the history of the district, they give hope for better health services and a healthier future.

Feed the Future Tajikistan Health and Nutrition Activity is implemented by IntraHealth Int in partnership with Abt Associates in Tajikistan.

Family doctors still visit us. After six months, the project’s volunteers came to my home and taught me complementary feeding for the girls. I can’t express enough gratitude to the project. I have three miracles in my hands, saved by their help and support.
Parvina Usmanova
mother of triplets
Focus Areas
Food Security & Agriculture
Nutrition, Food Safety & Food Loss
Health
Health Policy & Systems
Reproductive, Maternal, Newborn and Child Health (RMNCH)
Capabilities
Technical Assistance & Implementation
Technical Assistance
Implementation
Regions
South & Central Asia
Jump Forward
Work With Us
Ready to change people's lives? We want to hear from you.
We do more than solve the challenges our clients have today. We collaborate to solve the challenges of tomorrow.
Link