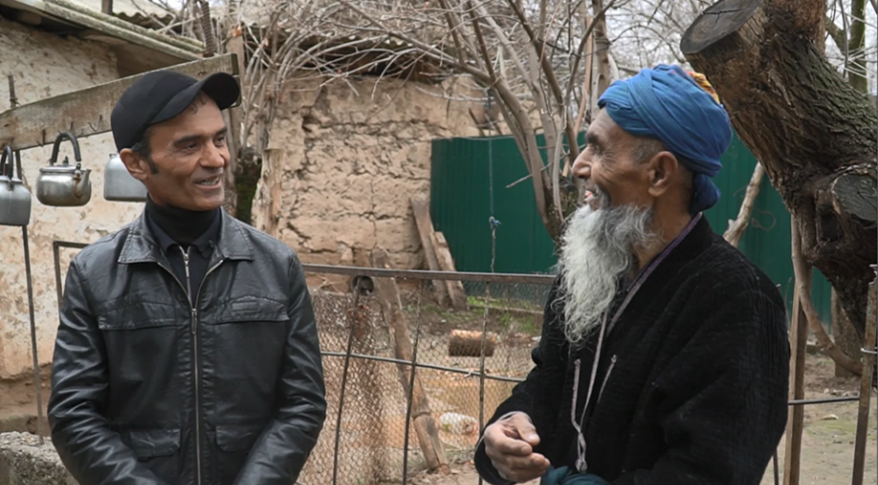 Supporting people with TB to help them adhere to treatment is the part of Umarali’s daily life.

Fifty-year old Umarali Nabiyev knows both the physical pain and emotional trauma of tuberculosis (TB). The stigma associated with having TB in Tajikistan can lead to harmful treatment outcomes. Due to a limited understanding of TB treatment, friends and family can often shame TB patients during this difficult time. That can contribute to delays in seeking treatment and treatment non-compliance.

Umarali was ostracized for his illness. “When I got sick with TB for the second time, I felt that everyone was pointing a finger at me,” he recalls. “My friends avoided meeting me. When I arrived somewhere, people just got up and left. It seemed to me that I would never be able to rejoin life in society.”

While undergoing treatment in early 2020, Umarali took part in a life-changing informational session conducted by the USAID Eliminating TB in Central Asia activity led by Abt Associates and local TB specialist in Norak. At the session, Umarali says, “for the first time, I felt a positive attitude toward myself. The supportive speeches and friendly approach of the outreach workers gave me and other people with TB hope for a cure. It was as if I gained strength. I changed my views and plans for the future.”

After the informational session, Umarali became an advocate for those with TB. He started to speak up against the disrespect people had shown him. He even took the unusual step of lodging a complaint —successfully— against a staff member at a regional TB hospital for his disrespectful treatment of patients. In the end, the healthcare worker’s conduct was determined to be unacceptable. The hospital’s management addressed this and provided a stern reminder to all the staff at the facility about the importance of treating patients with respect. 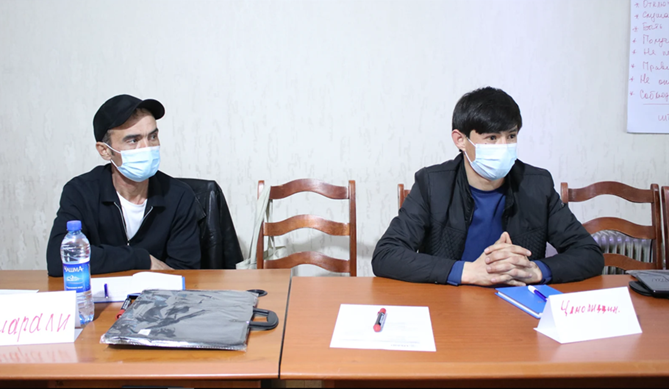 Umarali attended an informational session organized by the USAID Eliminating TB in Central Asia activity led by Abt Associates.

In May 2020, Umarali’s life took another turn: his doctor said he was cured. Elated at what he viewed as a win, Umarali began rebuilding his life. He was seeking a job when he heard that the USAID Eliminating TB in Central Asia project, implemented by Abt, was looking for an outreach worker. He applied for the position, and Abt hired him based on his new knowledge about TB and willingness to help people with the disease.

In his role, Umarali performs a variety of functions. He actively contributes to the detection of new TB cases, advises people with TB on the importance of adherence to TB treatment, and provides social support to people with drug-resistant TB. He has even trained one of his cured clients as a new outreach worker. Together, they work to reduce the burden of TB in the Norak district.

Umarali and his colleagues have had a pronounced impact. Since June 2020, under Abt’s leadership, the USAID Eliminating TB in Central Asia activity has screened about 37,000 persons among vulnerable and high-risk populations in Tajikistan and more than 100,000 people across Central Asia, including contacts, migrants, and people living with HIV. The activity has also provided psycho-social support to 997 new and relapsed drug-resistant TB patients in Tajikistan to support adherence to complete the treatment.