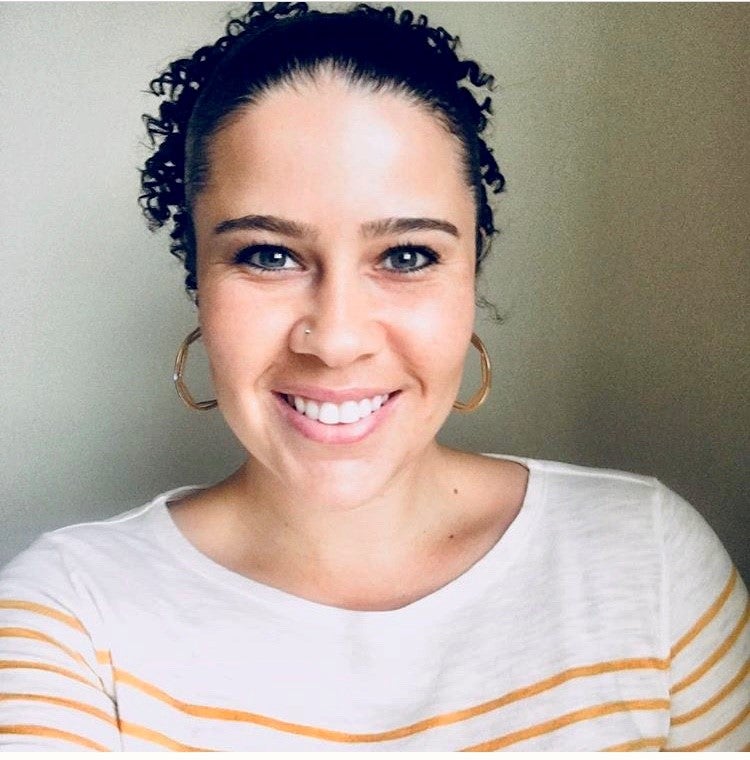 In the fall of 2019, Meg Thornton, a senior analyst in Abt Associates’ Atlanta office, saw an email from Abt’s Community Connections about an opportunity to work on a pro bono project with the Atlanta-based Men Stopping Violence (MSV) program and knew immediately she wanted to work on it.

Having come from a home where abuse happened, she knew how important this work was.

Her mentor encouraged her to take it a step further.  “She told me I should apply to be the project director,” recalled Thornton, a project manager working with clients such as Centers for Disease Control and Prevention and Health Resources and Services Administration.

When she won the job, she had three major tasks:  gain the confidence of a client who had never worked with a consulting firm, nail down the scope of work, and direct a team of—like her—junior staff who didn’t know each other and had never worked together.  An editor and a Project Quality Advisor or PQA filled out the project team.

Her reaction?  “I had no idea where to start, how to start – it was trial by fire.”

But she knew she was good at timelines, following up, and overall management. Item #1 on her agenda was to determine where Abt could move the needle for MSV, an organization “that focuses on ending gender-based violence by educating and organizing men in a call to action to be a part of the solution.”

“They are a small organization with very little money or resources:  just three full-time staff, three part-time staff, and volunteers,” said Thornton.  “We spent a lot of time with them up front to figure out what they needed and wanted.”

The Abt team worked on the project from December 2019 to October 2020, researching and developing a well-received set of tools MSV could use to enhance and evaluate their communications efforts.

Thornton designed the project’s objectives, tasks, deliverables, and timelines.  She had no checklist and forgot to do a few things along the way, such as ask the team for levels of effort to accomplish the tasks to assure they didn’t go over budget.  She learned how to use different styles of communication to give direction and get what she needed. It was important to her that the team applied the same level of rigor to the project that it would for a paying client.

“As junior staff at Abt, we take a project 80 percent of the way,” based on a design outlined in the proposal, and senior staff take it the final 20 percent, making it client ready, she said, adding, “Now it was up to me to do that last 20 percent, double and triple checking everything.”  Another issue was the time commitment. “I routinely spent 15 or 20 hours a week on top of my job on this project.”

For Thornton, the effort was definitely a stretch assignment in which she grew personally and professionally.  “It was kind of scary to be on the frontline – the last line of defense,” she said.  But she gained--and is applying--new skills, such as saying upfront what she needs and not beating around the bush.

“My life has become so much easier, and the people I work with really appreciate it!” she laughed.  “Previously I saw myself as junior staff and didn’t have the confidence to speak up about something I saw was needed.”

Knowing what she knows now, would she recommend signing up for a pro bono project?

Thornton gives the experience an emphatic thumbs up and encourages others to do it if their plate of work allows.  “Sign on to a topic you have a passion for,” she declared.  For her, the MSV project was a way to connect back to her work with nonprofits and her undergrad degree in Human Services and Social Justice.

She stressed the importance of choosing activities that can help set you apart when promotions are being considered.  “This project has gotten my name out there.  People know who I am. They know my work ethic.”

She also has six strong relationships with people she didn’t know before, and when she recently started a new project, “I knew I wanted to bring our MSV editor on the team.”

The MSV project team turned over nearly 160 pages of guidance to the client that identified “communication and messaging strategies to increase men’s engagement in ending violence against women and in MSV programming,” according to the final report.  It included an environmental scan, an implementation guide, an evaluation research guide, and an integration module series.

To say the client was blown away seems like an understatement. “As a marketing professional, I never would have dreamt that someone would hand me a book describing every step I need to follow. This is amazing,” said one MSV staff member.

For Thornton, whose journey from junior staffer to confident leader who went through fire, this was the ultimate client compliment:  “This didn’t feel like pro bono quality work. We received excellent counsel and a fantastic level of care and expertise. The team was top notch.”